Looking to buy a rail-mount handgun laser sight for your pistol but not sure where to begin? I’ve combed through the 50-odd models on the market today and identified the two best. Both are top-rated with excellent reviews by consumers, are produced by well-known companies, and are available with red or green lasers. First I pulled together a list of all handgun laser sights, and then I ran a filter for rail-mount lasers to shed the grip-, slide- and frame-mount lasers. I then went through it and cut the laser-light combination devices, too (look for a best-of article on laser-light combos soon), and I deleted all the discontinued models, the lasers with archaic activation wires, the lasers designed to fit only one pistol, all infrared models, lasers with crummy looking or “sold separately” rail mounts, and one silly-looking “tri-beam” laser.

Next I researched each remaining laser on Amazon.com (and to a lesser degree, OpticsPlanet.com and Walmart.com) to gauge how its doing with actual buyers and users. A couple years ago I examined 33 million Amazon product ratings and learned the average rating across all products is 3.95 stars. The margin-of-error behind each average rating falls to a reasonable level after roughly 100 votes, and the percentage of the dreaded 1-star vote averages around 8% (to read more about this study, check out my Amazon.com Star Rating Tips article).

With that info in mind, I was able to pick out the obvious winners and losers on Amazon. I also read through numerous reviews on Amazon to look for red flags, quality confirmations, customer service gripes, etc.

Finally, I performed a Google search for “the best handgun laser sights.” I clicked through 12 of the results and copied the names of all the laser sights listed by those other authors into one list to see which lasers were mentioned the most often.

What did all this wisdom-of-crowds data reveal? With no further ado, here are the top two rail-mount handgun laser sights available so far this year: The Rail Master Universal with the black body.

The Crimson Trace Rail Master Universal is built with a black or tan polymer housing, and the company says it will fit any weapon that supports picatinny or weaver-based rail accessories. You can get it with either a 5mW red or green laser. Both lasers produce a .5″ dot at 50′. Other features include:

Crimson Trace says this laser is factory sighted at 50′. You can adjust it for windage and elevation, and install it yourself. The laser is backed by a three-year warranty.

On Amazon, the red and green lasers combined hold an outstanding 4.65 average rating across roughly 1,000 votes, with only 2% of those votes falling in the 1-star camp. It also appeared in six of the 12 “best of” lists I found via Google. The C5 from the left.

The Viridian C5 is built with an aircraft-grade aluminum housing with polymer front and rear covers. Viridian says it fits nearly all handguns equipped with a tactical rail (for a complete list of supported models, see the Viridian compatibility chart). You can get it with either a 5mW red or green laser. Both lasers produce a .5″ dot at 50′. Other features include:

Viridian says this laser is factory sighted at 50′. You can adjust it for windage and elevation, and install it yourself. It slides onto the tactical rail and is held in place by a mounting screw. The laser is backed by a 30-day money back guarantee, and a limited seven-year warranty.

On Amazon, this laser holds a well above-average 4.2+ average rating across roughly 100 votes, with 6% of those votes falling in the 1-star camp. It didn’t appear in the 12 “best of” lists I found via Google, but its sibling, the C5L laser-light combo, appeared in seven.

I was disappointed that out of all the rail-mount lasers I looked at, only two featured superior ratings. There are a lot of mediocre/average laser sights out there, and a lot of outright junk, too, especially among those on the inexpensive end of the spectrum. Several lasers have promising-looking average ratings but not enough votes yet to make them statistically significant.

I almost included the Lasermax Spartan because it appeared in three of the 12 Google search results, and the red laser model sports a 4.4 average rating. That rating came with only 50ish votes, however, and the green laser model has a putrid 3.5 average ratings over another 50ish votes. I read through the negative reviews and didn’t find a reason why the red is better than the green. I think that’s because the laser color doesn’t matter with this laser, and that as more votes come in, the average rating on both will move toward a mediocre 3.9ish.

Also, a warning: Steer clear of the NcStar handgun laser sights because almost all of them feature below average ratings. Exhibit A is the NcStar Compact Green Laser, which offers a 3.6 average rating across 236 votes, with a whopping 17% of those votes falling into the 1-star camp.

That’s it for this year. Hopefully some new, good rail-mount laser sights will hit the market in 2018, and I’ll keep tabs on the current crop, too. 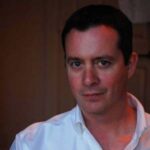 Jed Henson is an author, editor and publisher.